Why I Idolise Rear-Wheel-Drive 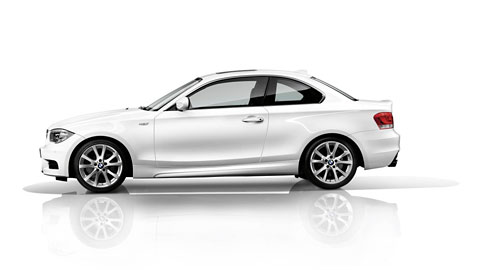 If I could buy any car as daily personal transport for my current routine, it would be a BMW 135i coupe. Yes, I know the 1-Series M is nearly here, but I fear it will be just a little too pure to be an ideal daily drive. I have never driven a 135i, yet its combination of that beautiful inline turbo six driving the rear wheels with a six-speed manual transmission in between is just about as close to perfection in my mind as any car could get. And all this while maintaining useable boot space and practicality, as well as a degree of anonymity.  My assumption in choosing an ideal daily driver is that I could own more than one car, as the 1-Series coupe is not practical on all fronts. It is I believe however, a beautiful compromise.
I was trying to explain this choice to a friend recently, who could not understand why the BMW would be my first choice in the premium compact segment, let alone as an ideal daily drive. My primary reason for choosing the 135i over similarly sized and equally powerful rivals is the car's rear-drive layout, unique in its segment. Yet, apart from having read positive reviews on the 1-Series itself, my sole basis for wanting a small car driven by the rear wheels stems from a bias towards rear-drive based on digesting two decades of automotive journalism. What is even more interesting is the fact that the best balanced and handling cars I've driven were front-wheel-drive, and the rear-drive cars I've driven have ranged from ordinary through to rubbish. Admittedly my own experience is skewed, and contains some of the better front drive cars driven by ordinary people, and not a single performance-oriented vehicle.
I've come to ponder this issue at a time when the large Australian rear-drive sedan may be nearing extinction. I have only driven previous generation examples of both the Holden Commodore and Ford Falcon, and no doubt the current models are better, but both had a few things in common. Good engines, disappointing auto transmissions and average handling. I believe that if built well, both could drive better with front-drive. However, before I am lynched by the rear-drive-loving traditionalists, I'm also pretty certain that if Ford and GM were serious about building high-quality large sedans then they could build better Falcons and Commodores that drove well and would sell.
At the end of the day, there is no one-size-fits-all solution. Even BMW is moving to front-drive for its small cars. And yet in my biased, theoretical shopping list in my head there is nothing quite as appealing as a small rear-drive coupe with six ratios and 225kw to play with.
(Note: Yes, the picture above is actually the upcoming entry-level 120i coupe. Could this maybe make a good compromise to my 135i aspirations?)