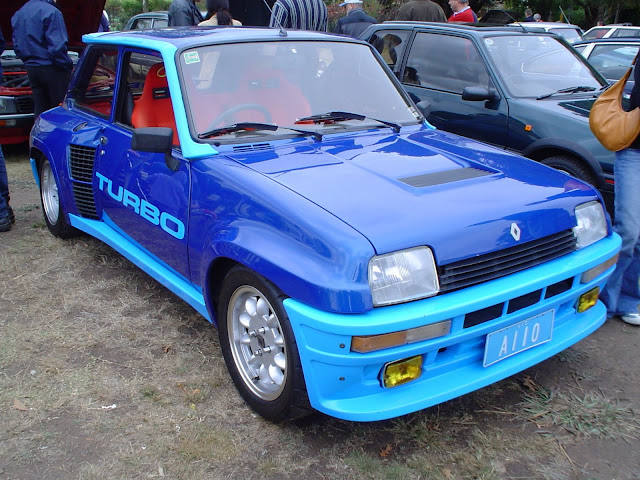 Over the years I have accumulated a number of photos of interesting cars. Some of particular interest, like this one, I will share here for your viewing pleasure.


Photographed at a gathering of French cars in 2004, this Renault R5 Turbo is a fine example of a nearly forgotten breed: the mid-engined rear drive (or sometimes all-wheel-drive) hatchback. The Renault R5 Turbo was one of the first of the breed, built in road-going guise to homologate its rally-racing twin for Group 4 rallying. Of a total 3576 R5 Turbos built between 1980 and 1984, only the first 400 were built to comply with homologation regulations. The remaining cars were built with some cheaper and heavier components, but remained almost as fast. I can't tell whether this model is one of the early few, but it is certainly statistically unlikely. While I don't have any numbers, I would also doubt that many, if any, of those first 400 cars were built in right-hand-drive. 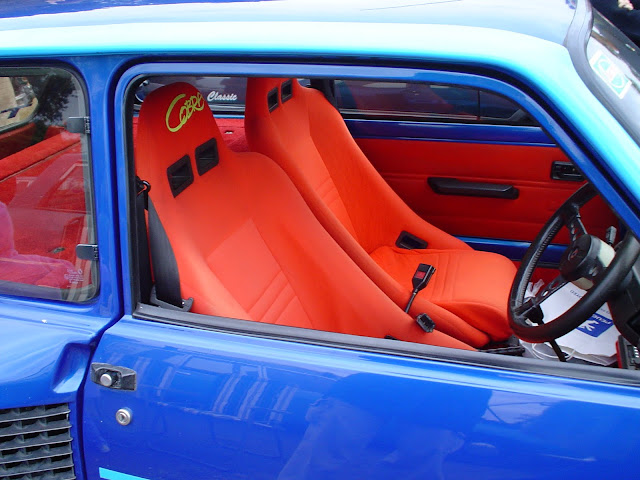 Unfortunately, for those of us who were too young to experience the heyday of cars like the R5 Turbo, the days of the homologation-special hot hatch are long gone. Even this car's more recent spiritual successor, the Renault Clio V6 (which sadly did not make it to Australia), has been extinct a few years now. While both Renault and Volkswagen have shown concepts of rear-engined hot hatches in more recent years, none are likely to appear in showrooms any time soon. With more traditional front-engined hot hatches getting better with every generation, their relatively expensive rear-engined counterparts may already be extinct.