SUV: One Acronym Too Many? 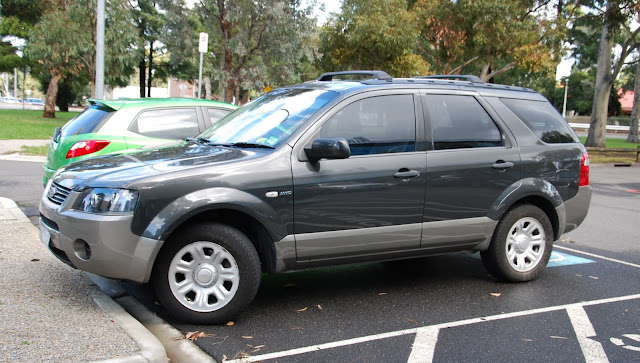 When the term SUV (that's a Sports Utility Vehicle for any of you who have been living under a rock for the past ten years) first attempted to migrate to Australia from its US origins I was resistant. What did the term add that existing descriptions of vehicle types did't have? What does it even mean?
Cars were simple when I was young. In Australia we had sedans, wagons, hatchbacks, four-wheel-drives and utes. For the most part, this was still true when the term SUV started to appear in Australia. Most vehicles sold in Australia to which the term SUV could be applied were still four-wheel-drives in the traditional sense: body-on-frame construction and all four wheels driven through a transfer case. Even when vehicles like Honda's CRV began to appear in the Australian market, terms like 'soft-roader' seemed to better describe their ability.
Even today, the term SUV is not widely used by the general public. It has however, become much more widely used in the industry and amongst Australian automotive journalists. One car that I believe assisted this shift more than any other is the Ford Territory. When it was released in 2004 it was the only passenger-oriented high-riding four-wheel-drive wagon to also offer a two-wheel-drive variant. This was not because there was no market for such vehicles, as many people at the time were buying four-wheel-drive vehicles with little intention of ever taking them off road. Instead, thanks to inport duties that at the time favoured vehicles driven by all four wheels (given high ground clearance), importers simply could not competitively price two-wheel-drive versions of their high-riding wagons (another oddity of these differential import duties was that at one point Australia received a slightly higher-riding Subaru Forester than the rest of the world to satisfy the ground clearance requirements of the lower import duty). The Territory, however, was built in Australia, making import duty anomalies irrelevant, and for the first time a two-wheel-drive version of such a vehicle was relevant to the Australian market.
In the years since the Territory's release, the number of two-wheel-drive vehicles in its segment has increased dramatically, thanks at least in part to changing import duties. As a result, the need for a blanket term to describe these sort of vehicles is much greater than it once was. Like it or not, the Australian automotive industry seems to have embraced the SUV label. Despite the fact that most of these vehicles are far from sporty and in some cases severely lack utility (such as the BMW X6), describing these vehicles by any other blanket term would be difficult, and so it seems that (for now at least) the SUV is here to stay.