Things I Like About My Ford Focus: A Decent Manual Gearbox 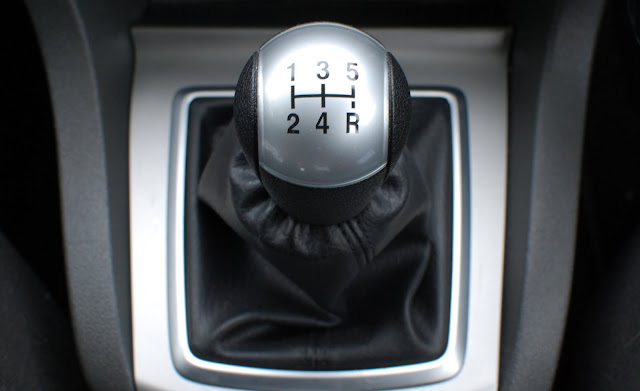 If given the choice I would choose a good manual transmission over an automatic any day. I like to drive, and I like to be involved in the driving experience, and there is nothing quite like the connection between driver and drivetrain that can be had only with a proper manual gearbox. The five-speed in my Focus is a seriously decent cog-box, particularly given that it resides in what is primarily a budget hatchback. The shift action is slick and precise, and the throw is short. Its ratios seem perfectly matched to the 2.0 litre engine. An added bonus of a manual is superior fuel economy over a traditional automatic, although even the rise of more efficient twin-clutch autos fails to sway my preference.

I learnt to drive primarily in automatics, taking just enough driving lessons in a manual car to get a manual license. I only started to drive a manual on a daily basis once I had bought my Peugeot 405 Mi16, and in the five months that I owned that car I think that changing gears myself caused almost as much annoyance as enjoyment. However, by the time I had owned one of the 1990's most frustrating automatics, fitted to my Saab 9000CS, there was no need for debate over the choice of transmission for my next vehicle. It took me many months to be truly comfortable with my manual Focus. Initially, there was always the occasional frustation at a clunky gear-change or at having to jump on and off the clutch repeatedly in stop-start traffic. But over time, I've become so in-tune with the clutch and transmission in my Focus that it has become almost a part of me, an extension of my mind and limbs.

While a manual gearbox gives you something extra to do in city traffic, it really comes alive and shows its best side when taken on a twisty stretch of blacktop far away from suburbia. Keep the gears low and the revs high and throwing the Focus from apex to apex is about the closest thing to pure driving bliss that can be had from a $20k hatchback. Actually, that's not entirely true. Swap that bitumen road surface for a well made gravel road and I'll be just that little bit closer to driving utopia, although I suspect that not everyone finds gravel roads quite as addictively fun as I do. But more on that some other time.