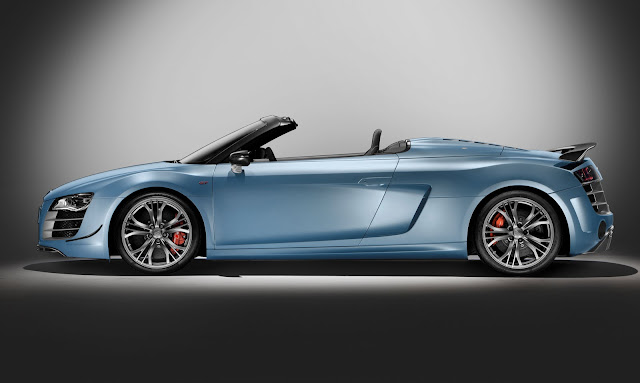 I'm not usually a fan of convertibles. Beyond their good looks they are the epitome of style over function. However, I think in the case of the Audi R8 GT Spyder I may have to make an exception. I have always admired the R8 coupe's styling, and I was recently reminded of its beauty when I saw one in the flesh driving in the Melbourne CBD a couple of weeks ago, and then re-reminded when a silver R8 made a brief appearance on a movie I was watching on TV last night (which shall remain nameless on the grounds that it may incriminate, or worse, embarrass me). 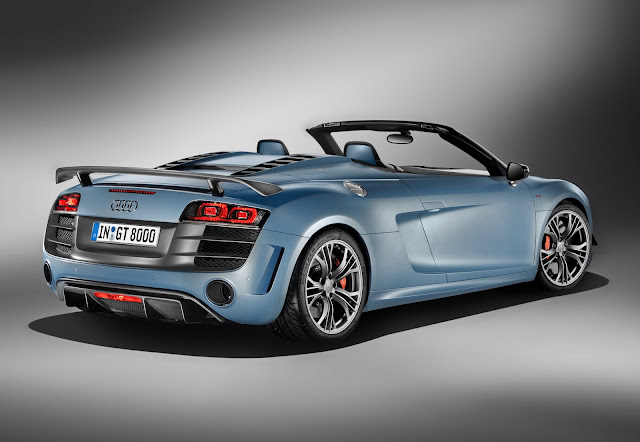 Following its announcement last year, Audi began deliveries of the coupe version of the R8 GT in April, of which just 333 will be built. The GT Spyder's announcement bring with it the promise of another 333 vehicles sporting the GT's 412kW version of the R8's optional 5.2L V10. Some agressive weight reduction brings the R8 GT Spyder in at 1640kg, 85kg lighter than a standard R8 V10 Spyder. That weight does however represent a 115kg penalty over the coupe version, and so unsurprisingly acceleration times are up: 3.8 seconds to 100km/h compared to 3.6 seconds for the coupe GT. But what's a couple of tenths of a second when the wind's in your hair and your car looks that good? 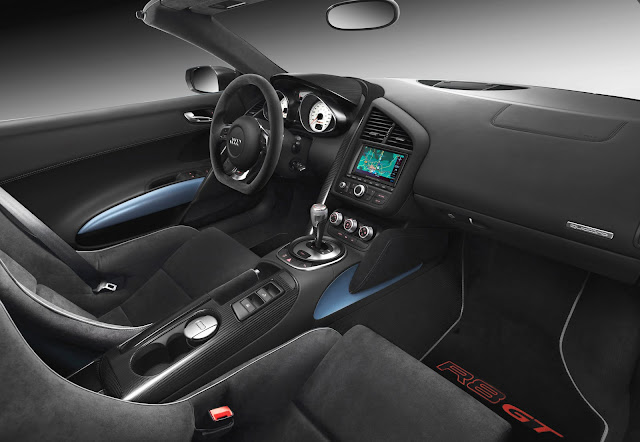 There is however one substantial reason why I wouldn't buy one of these: no proper manual transmission. I am completely confident that its R Tronic sequential transmission is lightning fast and effortless, but even with paddle-shifting it cannot match three pedals and a regular shifter for driver involvement. Call me old fashioned, but I would rather have a slower car that was more involved to drive than have a computer move the clutch for me and save a few tenths of a second. So I guess I'll just have to settle for a standard R8 V10 with its beautiful open gate six-speed manual.